For Swords & Wizardry Appreciation Day, I attempted to post the rough draft of a new role-playing game inspired by Jules Verne's Mysterious Island (and other sources), but Blogger's limitations forced me to break it up into six separate articles. Blogger also demonstrated an eccentric interpretation of HTML, which caused me to get only two hours of sleep as I spent the night rectifying it. In the aftermath, Cargo & Castaways seems to have generated no interest that I can detect, so I have deleted the articles. For the moment, the game is in suspended animation. When I have finished it, I'll release it as a PDF. I realize I got a bit carried away with the event and should have limited myself to a short article instead of embarking on a large project on short notice. I'll know better next time. 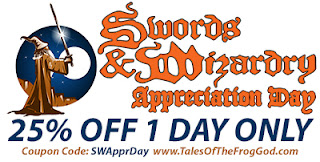 From the Swords & Wizardry SRD site:

Here is the coupon code for the Swords & Wizardry Appreciation Day sale [17 April 2013]!

It applies to everything listed here: http://shop.d20pfsrd.com/collections/swords-wizardry-appreciation-day

Law and Chaos and Level Limits

Ordinarily, I find level limits distasteful, especially if they are not applied to all character types equally, but under certain circumstances they can be used in a constructive (rather than an arbitrary and annoying) manner. This depends on the setting. I initially proposed A Case for Demi-Human Level Limits in which demi-humans such as elves could achieve any level in their own faerie realm (sort of a demi-plane with close connections to the Prime Material Plane), but were limited whenever they ventured away from it. Suppose we take the idea further. Suppose all characters have unlimited potential to rise in levels in their own reality, but are limited outside of it. In worlds influenced by Poul Anderson's cosmology of an active war between Law and Chaos with observable geographic boundaries between the two, we might conjecture that anyone born in a magic-drenched Chaotic land (such as an Andersonian elf) is restricted to a certain level when on Lawful soil, whereas anyone native to a mundane Lawful land (such as a human) is equally restricted when trodding on Chaotic turf. There is something about each of these environments that causes natives to flourish and aliens to wane. Characters who return to their native land may once again function at their normal level. (I would rule that hit points would be exempt from the effects of level limitation for the sake of reduced bookkeeping.)

This would have tangible effects on a dualistic fantasy world. Very powerful individuals would avoid leaving their land lest they be deprived of their power and would rely on their lessers (who, due to their lower levels, would not be penalized) to achieve their goals in alien territories. Lawful and Chaotic realms would constantly seek to extend their boundaries at the expense of the other, for their denizens cannot coexist and prosper for long. Perhaps the worst thing that can happen to a realm is to have its most powerful protector slain, lured away, or held captive in an opposite realm. Not only is that protector weakened in power by the distance, but maybe the realm itself suffers an actual loss in its inherent Law or Chaos, thus making it more vulnerable to incursions and conquest by its opposite. Maybe the power of Law and Chaos in a land is generated by the height of the levels — the legendry — of its most powerful inhabitants. Thus we have stories of human heroes being lured into Fairyland to dream their lives away and leave their kingdom open to invasion by hostile fairyfolk; and stories of expeditions to kidnap or assassinate the elven royalty who hold sway in the forest in order to open their lands up to mining or farming. A precarious balance is maintained when the low to medium level beings of Law and Chaos spar with one another at home or abroad, but it tips when the greatest beings die or leave their realm. If the greater (high level) beings are depleted in one realm, but not the other, then the depleted realm's alignment will change to that of its victorious neighbor. If, however, both realms are depleted of all their greater beings and protectors, then both will decline and lapse into a state of Neutrality where neither Law nor Chaos is ascendant and either all beings have level limits or no beings have level limits.

Outside of a coherent setting-based reason for level limits, I still prefer not to limit levels.
Posted by Gordon Cooper at 2:01 PM 2 comments

Postcard from the Ethereal Plane

Can't tarry. Working feverishly between Real World commitments to finish special project for the Swords & Wizardry Appreciation Day extravaganza. Making excellent progress and may even include illustrations if time permits.

P.S. My project will be utilizing the Swords & Wizardry White Box rules. Can't wait to playtest it!
Posted by Gordon Cooper at 12:54 PM 0 comments

For my own Basic/Expert D&D, Labyrinth Lord, and Swords & Wizardry games, I've decided to use a combat sequence that borrows elements from Holmes Basic. I shall retain the standard rule of each side rolling 1d6 for initiative each round, with the winning side performing each part of the sequence in order followed by the losing side doing the same, but the sequence itself will resemble that found in Holmes Basic. It makes more sense to me and seems more exciting.

Pre-A. Any spellcaster intending to use magic must inform the referee before initiative is rolled.


A. Each side rolls 1d6 for initiative.


B. The side that wins initiative acts first. Sides that tie act simultaneously.


C. The side with the next highest initiative acts in the same order as above, and so on until all sides have acted.

D. The referee handles any surrenders, retreats, etc. as they occur.

(Basic/Expert D&D specifies "DM rolls damage," but I have always allowed and preferred players to roll any damage their characters cause.)
Posted by Gordon Cooper at 12:54 PM 0 comments

Are you a wizard, alchemist, or wealthy eccentric? Is your library, laboratory, or den in need of that special touch? Do you need a flat surface raised to a convenient height on which to place objects? Look no further! At the Enchanted Furniture Emporium we have something to suit every esoteric need. Simply select the table that fulfills your requirements or use our handy Random Table Generator, then select from one or more of the options below or allow Fate to decide for you!

Thank you for viewing The Enchanted Table Table!

[This is the fourth table of the Table of Tablecentric Tables.]

Since I posted a table of random tables, I thought it would be appropriate to follow it up with a detailed random table generator more suitable for furnishing dungeons, castles, and wizards' libraries with desperately needed random tables.


[If a link on another blog directed you here and you are searching for random generators and Roll All Dice tables, then click on the links in this sentence.]


[This is the third table of the Table of Tablecentric Tables.]

Summoning the courage to post the recliner positions table earlier in the day caused me to reflect that there is a dire need for a tables table — yes, a table for tables. So, here is the table for randomly generating tables: 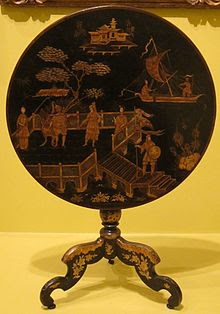 [This is the second table of the Table of Tablecentric Tables.] 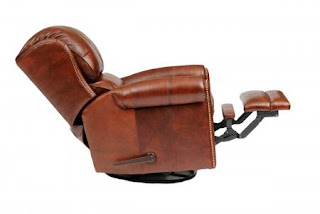 Last night I had a dream about a table of random recliner positions. Maybe I've been spending too much time on random generators. In any event, if your party happens to encounter a recliner, roll below to determine its current position.

[Photograph borrowed from this page.]

[This is the first table of the Table of Tablecentric Tables.]

As a result of (undoubtedly ill-advised) time travel, this table has been transported from the year 2022 (April the 16th) to the year 2013 (April the 2nd) in celebration of the holiday (known only to Applied Phantasticality) as Random Generator Month, because April 2013 is indeed when the inspiration was born. A happy Random Generator Month to all, and to all a good roll of the dice! 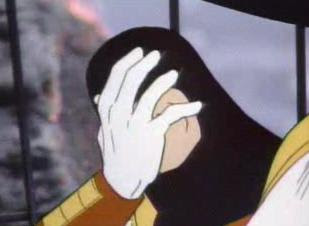